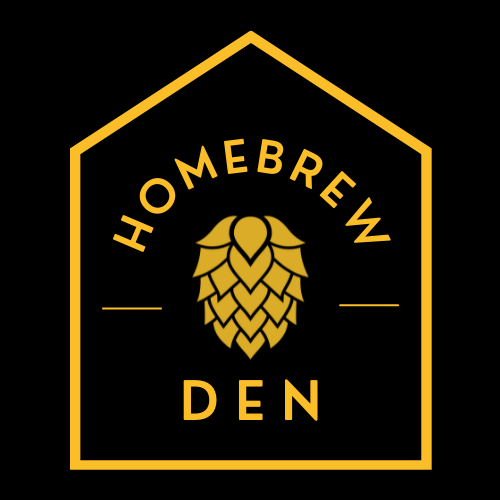 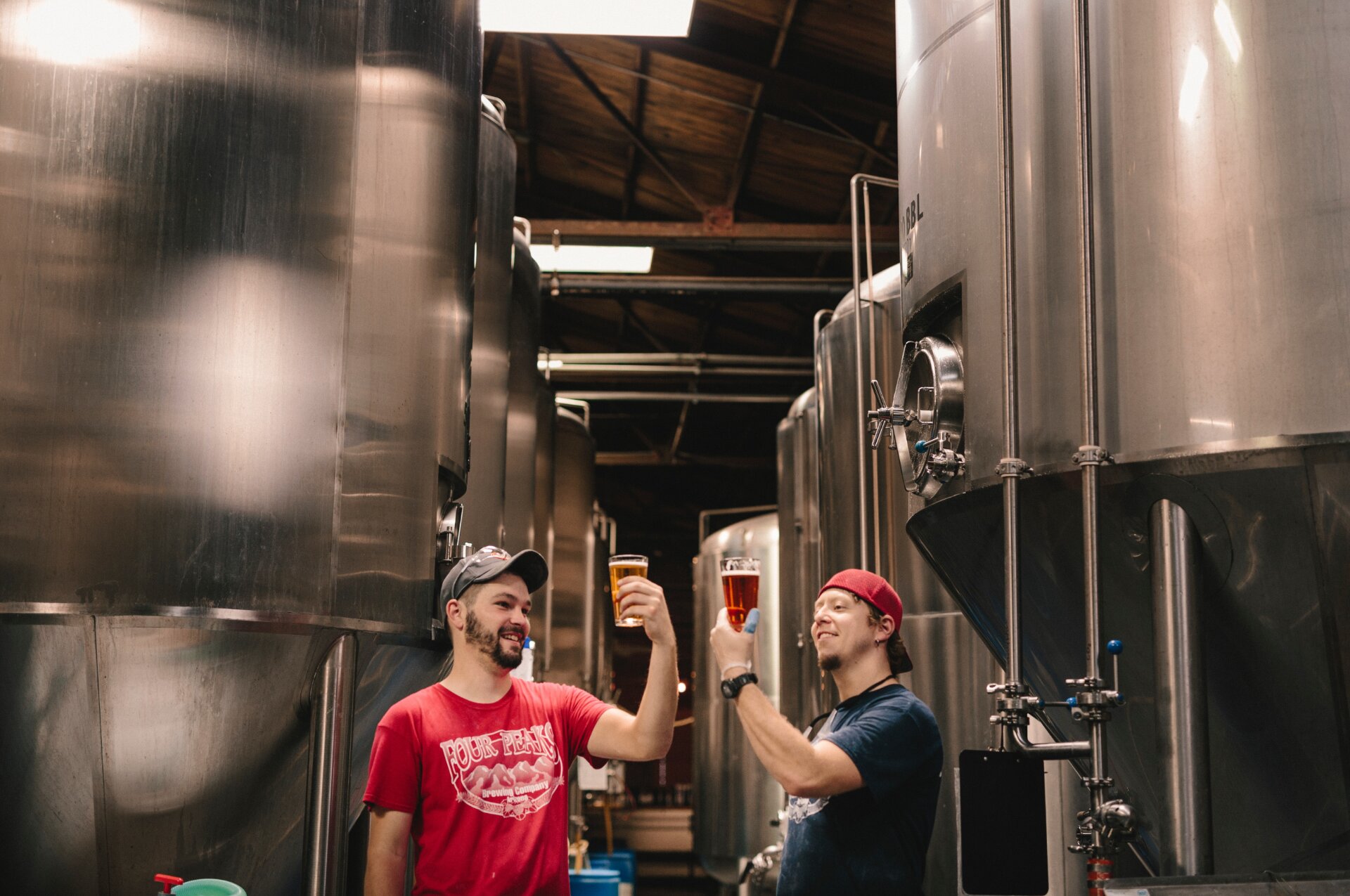 Some faults when brewing can Be Saved by Enzymes

What if you run into an issue while brewing a beer? What if there’s an unfavourable aftertaste? Is it possible that there wasn’t enough fermentable sugar? Isn’t this the wrong mouthfeel for this style? How about the clearness? What if it’s simply not right? The use of the appropriate enzyme may be able to solve all of these issues. But which enzymes are available? As it turns out, there’s a lot more than even the most experienced brewers realise.

Let’s have a look at the science. Enzymes are sophisticated proteins that are used to break down other compounds (including other proteins). To become active proteolytic enzymes, some need the proper temperature and pH.

Proteinases and peptidases are two types of proteolytic enzymes. Proteinase breaks down proteins into smaller amino-acid chains, which impact head retention and haze. Peptidase is an enzyme that breaks down amino acid chains from the ends inwards, releasing nutrients for yeast. The superstars of brewing are the enzymes that break down carbs. They extract sugars from starches and other long-chain or complex compounds, which are then used by yeasts to produce alcohol.

Use enzymes with a light touch when brewing

When a seed germinates, enzymes become active for the first time. Enzymes begin to break down the rigid cell walls (formed of cellulose fibres) to gain access to starch stores, allowing growth to commence. The seed already has two types of carbohydrate hydrolases; those that break down the cell wall into glucose and those that transform the starch into smaller sugars once the walls have been broken down. Glucanase, cellulase, and xylanase are cell wall hydrolases that break down glucose, cellulose, arabinose, and xylose.

Malt producers have mastered the process of germination in controlled settings, generating and releasing enzymes to begin accessing the starch when brewing. But when the malt is kilned, the process comes to a halt. Excessive heat damages enzymes by causing the protein to unfurl, a process known as denaturing. The brewers are then in charge of turning the malt into beer after this.

Brewers mill the grain to speed up the process of gaining access to the sugars. The purpose is to break open the grain so that the starches may be accessed. They should be careful not to overgrind it, because the size of the grist particle has a significant impact on the finished beer. The milled grain is combined with water, heated according to the formula, cell walls are shattered, and any enzymes that survived the kilning continue to break down starch during the brewing process. Mashing is used to solubilize roughly a quarter of the malt, gelatinize the starches and convert them to fermentable sugars according to style and gravity, and release extra proteins and nutrients for the yeast.

These have the same goal: to break down starch by adding water to create useable sugar molecules. Because larger molecules participate in haze formation, the ɑ-amylase has the advantage of breaking up larger chains of sugar molecules. As a result, it is also attributed to increasing clarity. To boost fermentation yield, ɑ-amylase breaks up shorter sugar chains.

Glucans are glucose-based polysaccharides, and this enzyme is responsible for breaking down the bonds between these molecules when water is added. In contrast to proteases, which can clog the mash and interfere with filtering, this enzyme enhances wort viscosity and promotes adjunct fermentability by continuing to operate on cell wall components.

This is a sidekick to β-glucanase that works on longer chains of sugars. It can also aid with filtration later on.

Amyloglucosidase breaks down glucose from starch at the extremities of the starch chain, increasing fermentability. This is excellent for making beers with less calories and carbs, but supplying glucose before other fermentable sugars will cause fermentation to stall because the yeast will concentrate on it rather than the other fermentables. Glucose suppression/repression is the term for this.

Cleaning up the sugars left behind by amylases isn’t simple, but it’s a task that needs to be done. Limit-dextrinase is only active for a brief time in the mash before being inhibited, but it is responsible for breaking apart the highly branched core of the starch pieces after the other hydrolase enzymes have finished their work. This improves the fermentability of the product. The enzyme pullulanase can be employed in the same way.

Proteins must be broken down not only for their sugar content, but also for the potential to increase free amino nitrogen, which is essential for yeast growth. These should be considered as well for lowering protein haze in the final brew. These positions have an impact on the sugar molecules’ connections, and not all enzymes can work on all of them. This is why, in order to properly break down starch, numerous enzymes are required. This notion can be used to explain a variety of digestive processes.

The role of temperature when brewing

Heat can help enzymes accomplish their job, but it also causes them to unfold when the heat is ramped up during the boil. To complete their work, enzymes are meticulously folded and kinked together, so if one -helix or -pleated sheet slips out of place, they will not function as intended. Enzymatic activity begins to decline at 140°F (60°C) when using β-glucanase. It may be preferable not to boil to temperature when brewing in certain circumstances so that the enzymes can work in the fermentor.

Sugar is sought by fermentable yeast.

Because nearly all of the enzymes were denatured during the boil, it may be required to introduce a few to help the yeast achieve a specific style or profile while they work during brewing.
ɑ-amylase: Introduced with the malt, this enzyme will continue to increase maltose and glucose content, so contributing to the abundant fermentable sugar in the same way it did in the mash. When it comes to light beers, this enzyme is especially useful.
β-glucanase: This enzyme clarifies the beer while also lowering the carbohydrate content in lighter brews. It reduces the beer’s maturing period and enhances filtration while it continues to hydrolyze carbohydrates.
ALDC (alpha-acetolactate decarboxylase): This enzyme is occasionally required to minimise fermentation time while also avoiding one of the most well-known off-flavors: diacetyl. The conversion of ɑ-acetolactate, a natural byproduct of yeast during primary fermentation, to acetoin is catalysed by this enzyme. This is performed by separating the carbon-carbon bonds to the carboxyl group, effectively removing it as a diacetyl precursor. Although yeast can clean up diacetyl on its own, it does so at a cost of time and temperature, both of which can be limited in a brewing schedule.

It’s worth noting that if it’s later in the fermentation process, less of this enzyme is required. The yeast should have already done a large amount of cleanup and may only want an extra boost to avoid the presence of diacetyl. Keep in mind that in some types, this off-flavor is acceptable or even anticipated.